Physics
is often described as the study of matter and energy. It is concerned
with how matter and energy relate to each other, and how they affect
each other over time and through space. Physicists ask the fundamental
questions how did the universe begin? how and of what is it made? how
does it change? what rules govern its behavior?
Concepts of Physics
The Concepts of Physics
Explain the concepts of physics
Physics is described as the general scientific study of nature that aims to understand the behavior of the universe.
Physics, therefore tries to explain how things happen around us or why
they happen the way they do. For example, how a car moves from one point
to another? Why unlike poles of magnets attract? Why does a mango fall?
How is a rainbow formed? And so on.
Physics
as a subject uses concepts like force, energy, mass, power among others
to explain different phenomena. Energy, for example, may take the form
of motion, light or electricity. In so doing, students of Physics get to
learn more about matter and energy and how they interact with each
other.
Therefore, Physics is the study of the relationship between matter and energy.
The people who study and work professionally in this field are called physicists.
Physics
is an experimental science subject, which creates theories that are
tested against observations of the natural world. Theories are used to
explain why things behave the way they do. This is why physicists always
insist on accurate measurements and a record of results during each experiment.
Once
these results are in precise mathematical forms, technologists make use
of such data when designing devices such as radios, televisions, mobile
phones, computers, and artificial satellites. All these things are for
the betterment of human life.
The Relationship between Physics and other Subjects
Establish the relationship between physics and other subjects
Knowledge
of physics is also applied in other subjects. The principles of
electrostatics and particulate nature, for example, are used to explain
reactions in chemistry. The tools, implements and farm machinery learnt
in agriculture as well as the process of dating historical remains are
applications of physics.
Physics
provides the basis for biology. Without space, matter, energy and time
— components that make up the universe — living organisms would not
exist. Physicist Richard Feynman said that everything on earth is made
of atoms, basic units of matter, that constantly move. Since biology has
its foundation in physics, it applies physical natural laws to the
study of living organisms, according to Muskegon Community College. For
instance, physics helps explain how bats use sound waves to navigate in
the dark and how wings give insects the ability to move through the air.
The American Physical Society shares that many flowers arrange their
seeds or petals in a Fibonacci-like sequence to maximize exposure to
light and nutrients. In some cases, biology helps prove physical laws
and theories. Feynman states that biology helped scientists come up with
the law of conservation of energy.
Importance of Studying Physics
State the importance of studying physics
Why Study Physics?
Applications of Physics in Real Life
Discoveries in Physics have led to various inventions that influence our lives.
Physics in Daily Life
Apply physics in daily life
Driving
a car requires a basic understanding of the principles of physics,
whether the driver is conscious of them or not. For instance, the
balance of a car changes as the car accelerates, decelerates or turns.
To keep the car on the road, the driver must anticipate these forces
acting on the car and make adjustments.
Having
an understanding of physics may also help an individual to lift
something heavy. For example, by using a simple machine such as an
inclined plane or a lever, an individual can make the load easier to
lift. Physicists study simple machines extensively and use the lessons
they learn to make increasingly efficient tools.
To
stay warm in the winter, people up turn the heat up or use the
principles of physics to understand how to make better use of the heat
that is already in their homes. Heat flows via conductive, radiant and
convective means; understanding the differences between the three forms
will allow an individual to insulate a house better. For example, by
using ceiling fans intelligently, someone can make the convective heat
flow in a house work to their advantage.
TOPIC 2: INTRODUCTION TO LABORATORY PRACTICE
A Laboratory is a room or a building designed specifically for carrying out experiments.
Laboratory Rules and Safety Guidelines
Rules in a Physics Laboratory
State rules in physics laboratory
While
working in the lab, individuals are advised to adhere to specific lab
rules to ensure their safety, that of other people working in the lab
and the safety of the apparatus and chemicals stored in the lab.
Rules in the physics lab
Safety Measures in the Physics Laboratory
Explain the safety measures in physics laboratory
Safety measures in physics lab
Using First Aid Kit to Render First Aid
Use the First Aid Kit to render first aid
First aid
is the immediate care given to accident victims or an injured person
before he/she is taken to the hospital for further medical treatment. It
reduces pain and it helps to bring hope and encouragement to accident
victims.
A First Aid Kit is
a small box which is placed in a safe and accessible place in the lab
and is used for the storage of instruments and chemicals for first aid.
Contents of a first aid kit and their uses
Warning Signs
Identify warning signs
Warning
signs are signs on the containers of chemicals as warnings about the
danger of the contained chemical. There are six warning signs.
Explosives
These
are substances can explode. An explosion is a forceful rapid reaction
which involves the throwing off particles at high speeds. 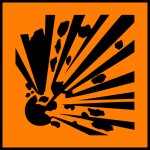 The sign means that it is dangerous to keep explosives in glass containers.
Oxidant
This is a chemical/substance that helps a burning substance to burn faster. 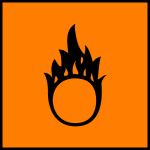 Oxidising
agent makes a small fire to become bigger. Heating a mixture of an
organic material with an oxidising agent may cause explosion. Eg;
heating potassium permanganate with saw dust.
Flammable
These substances catch fire easily. They should not be kept near open flames. If heated,anelectric heater should be used. 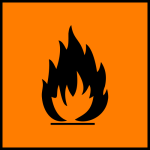 Corrosive
These substances burn skin as well can corrode floors and desktops. 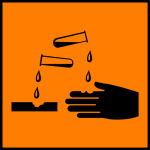 If
by accident, a corrosive substance comes into contact with your skin,
go to the sink and wash your skin with a lot of water. Examples;
Concentrated mineral acids like HCl and HNO3 II. Concentrated alkalis
like NaOH and KOH
Toxic
These
are very poisonous and can cause death immediately after use or after a
few days. They should not be allowed to come into contact with you. 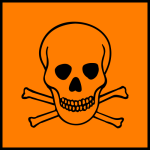 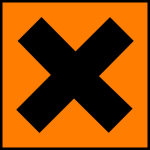 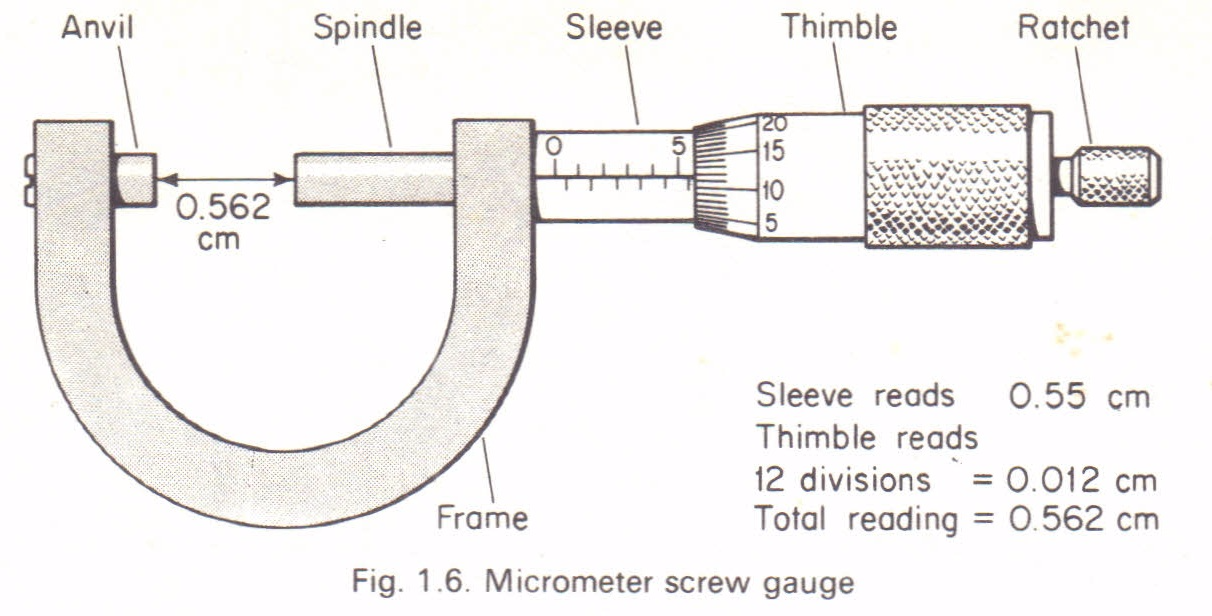 It
consists of a spindle which is fitted with a graduated thimble. The
screwed portion of a spindle is totally enclosed to protect it from
damage.The pitch of the screw is 0.5mm, so that the spindle moves
through o.o5cm for each complete turn.
The
anvil and the spindle grip the measured object between them. The
ratchet prevents the user from using undue pressure. The sleeve is
graduated in mm, each graduation represent one complete turn of the
screw.
How to read a micrometer screw gauge:
Precautions when using a micrometer screw gauge.
Mass
Mass of a body is the amount of matter it contains. The SI unit of mass is kilogram(kg). Other commonly used units are gram(g) and tones(t).
1kg = 1000g
1t = 1000kg
The mass of a body doesn’t change from place to place. The instrument used to measure mass is called abeam balance. 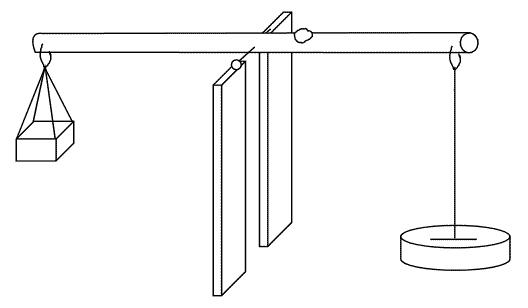 Difference between mass and weight:
Time
Is the gap between two occasions or events.The SI unit of time second(s). Other units used are minutes (min), hour(h),day etc.
1min = 60s
1h = 3600s
1day = 86400s
The instruments for measuring time are clocks and watches. 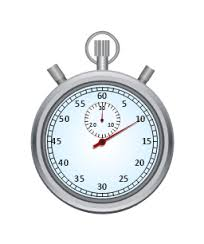 Measuring flask and pipette are used for getting fixed pre-determined volume. 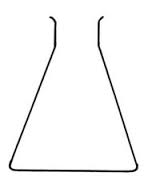 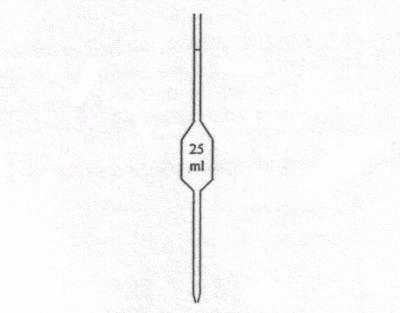 Pipette
Burette-used to deliver any required volume up to its total capacity.

How to read volume measuring instruments(precautions).
Readings
are always taken at the level of the bottom of the meniscus or curved
surface of the liquid. Mercury is an exception as its meniscus curves
downwards.
Care
should be taken to place the eye correctly to avoid parallax errors.
When taking readings, the pipette and burette must be upright and the
cylinder and flask must stand on a horizontal bench otherwise errors may
arise from tilting.
Measuring volume of irregular objects.
The
volume of an irregular solid can be determined by measuring the volume
of water displaced in a measuring cylinder directly or with the aid of
an overflow eureka can.
Activity 1
Experiment
Aim: To measure the volume of an irregular object.
Methods
By using a measuring cylinder directly
Materials and apparatus: Irregular object eg; stone, thread, measuring cylinder, eureka can and water.
Procedures
Results
By using the eureka can
Procedureto follow:
Observation
Sources of Errors in Measurement
Identify sources of errors in measurement
Error
is the difference between the measured value and the real or actual
value (The difference in reading is known as the error).
There are two types of errors, namely:
Systematic errors
Systematic
errors results in the measurement or reading being consistently over
the actual value OR consistently smaller than the actual value.
Sources of systematic errors.
Random errors.
Random
error is caused by the observer who reads the measuring instrument.
Just like the systematic error, there is also positive or negative
error. Positive error is when the reading is bigger than the real value
and negative error is when the reading is smaller than the real value.
Ways of reducing errors
Density and Relative Density
The Concept of Density of a Substance and its S.I Unit
Explain the concept of density of a substance and its S.I unit
The Density of a substance is its mass per unit volume.
The
unit of density is kg/mˆ3. Other unit used is g/cmˆ3.Density of regular
solid object can easily be found by direct and easy measurements.-It
involves measuring the mass and calculating the volume as described in
the experiment below.
The Density of Regular and Irregular Solids
Determine the density of regular and irregular solids
Activity 2
Experiment
Aim;To measure the density of rectangular block.
Material and Apparatus :Ruler, beam balance and rectangular block.
Procedures:Using a beam balance measure mass of the block, m.Measure its length, width and height.
Results
Activity 3
Experiment.
Aim; To determine density of irregular solid.
Materials and apparatus:Irregular solid like stone, measuring cylinder, beam balance and water.
Procedures
Results

THE UPDATED LIST OF STUDENTS SELECTED TO JOIN FORM ONE 2018.