International Youth Foundation (IYF), in partnership with the Mastercard Foundation, has collaborated with Tanzania Entrepreneurship and Competitiveness Centre (TECC) and Vocational Education and Training Authority (VETA) to appeal to young Tanzanians to seize the opportunities of life skills and entrepreneurship through the Via: Jiandalie Ajira program so that they can participate in the industrial economy.

The Board Chairperson for TECC, Mrs. Beng’i Issa, said at a meeting organized by IYF and sponsored by the Mastercard Foundation that a major aim of liberating the youth from unemployment in the countries of Tanzania and Mozambique is to counsel the youth to grab the life skills and entrepreneurship training.
“These types of training enable the youths to contest the labor market and if numerous youths undergo this type of training it will greatly reduce unemployment,” said Issa who is also the Executive Secretary of the National Economic Empowerment Council (NEEC).
Elaborating, she said such type of training also enables the youth to be directly linked with commercial institutions, and financial institutions for securing credit facilities as a means of extending the scope of cooperation with other institutions in the country.
“Until now a total of 2,300 youths have undergone this type of training in the areas of Mtwara, Dodoma, and Dar es Salaam but our aim after four years is to reach a total of 22,550 youths countrywide,” she said.
The CEO of IYF, Mr. William Reese, said that the program aims to benefit two countries, namely Tanzania and Mozambique.
“The challenge of unemployment globally is huge and Tanzania is not an exception, so the most important thing is to build capacity and to put an emphasis and priority in this issue,” he said.
Adding that the efforts should be centered in capacity building and self-reliance, in order to achieve this goal it is imperative that a number of programs are put in place and implemented to run abreast with the needs of the market.
In his comments, Dr. Bwire Ndazi, VETA Acting Director General said that the authority will continues to offer training in life skills which is aimed at enabling a youth to be self-employed to secure employment in the prevailing labour market in the country.
“The Authority is  fully participates in the implementation of the Via: Jiandalie Ajira program which offers life skills training aimed at empowering the youth and specifically our focus is to eradicate unemployment towards the coming era of industrial economy,” he said.
He said the institution will continue to expand the scope of cooperation with employers through the Association of Tanzania Employers (ATE) so as to build a strong workforce that will satisfy the needs of the employers and to achieve the National Development Programme 2025.
Mr. Meshack Mmary, one of the students who benefited from the program, said that such training is a full liberation on their side as it enables them to disentangle from the shackles of poverty.
“The young people are able to do wonders as long as they are enabled, and now this program is a golden opportunity to us,” he added.
Elaborating on this, he said that globally, governments cannot be major employers as to employ all the youth, but the most important aspect is to prepare a friendly environment that will enable them be innovative and at the same time create employment. 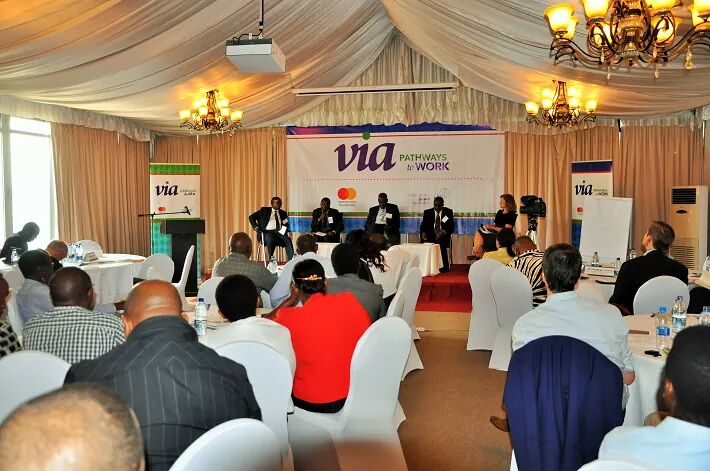